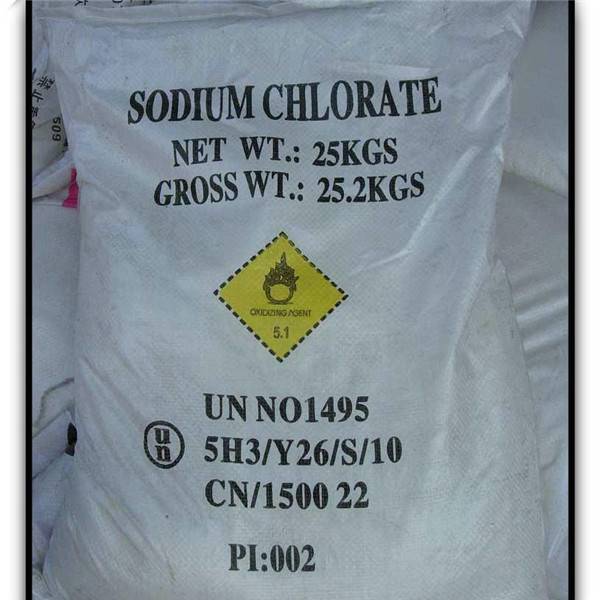 The compound Sodium chlorate is an inorganic material with the standard equation NaClO3. Its physical properties include being white in color and having a crystalline nature that promptly dissolves in water. It has been known to be hvgroscopic (absorbing moisture from the air) in nature. It decays over 573 Kelvin to discharge O, and leave behind NaCl.

Sodium chlorate is mainly for applications in bleaching pulp to produce high brightness paper. It is also used to produce chlorine dioxide, sodium chlorite, perchlorates and other chlorates. It can be used as herbicide. Meanwhile, it is used in water treatment, printing and dyeing, tannage, explosives and printing ink. In addition, it can be used in medicine, mineral treatment in metallurgy, abstraction of bromine from seawater, manufacture of safe match and firecracker. 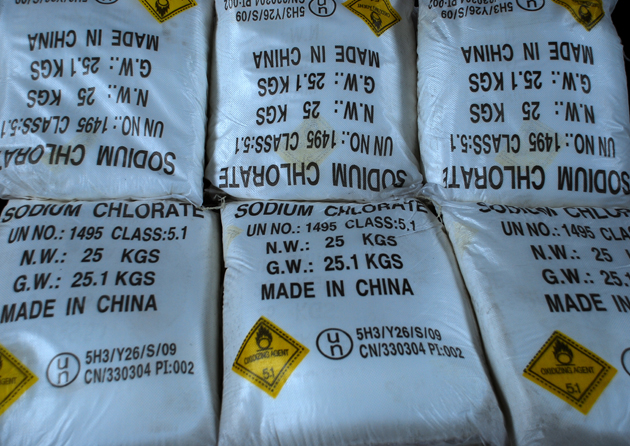 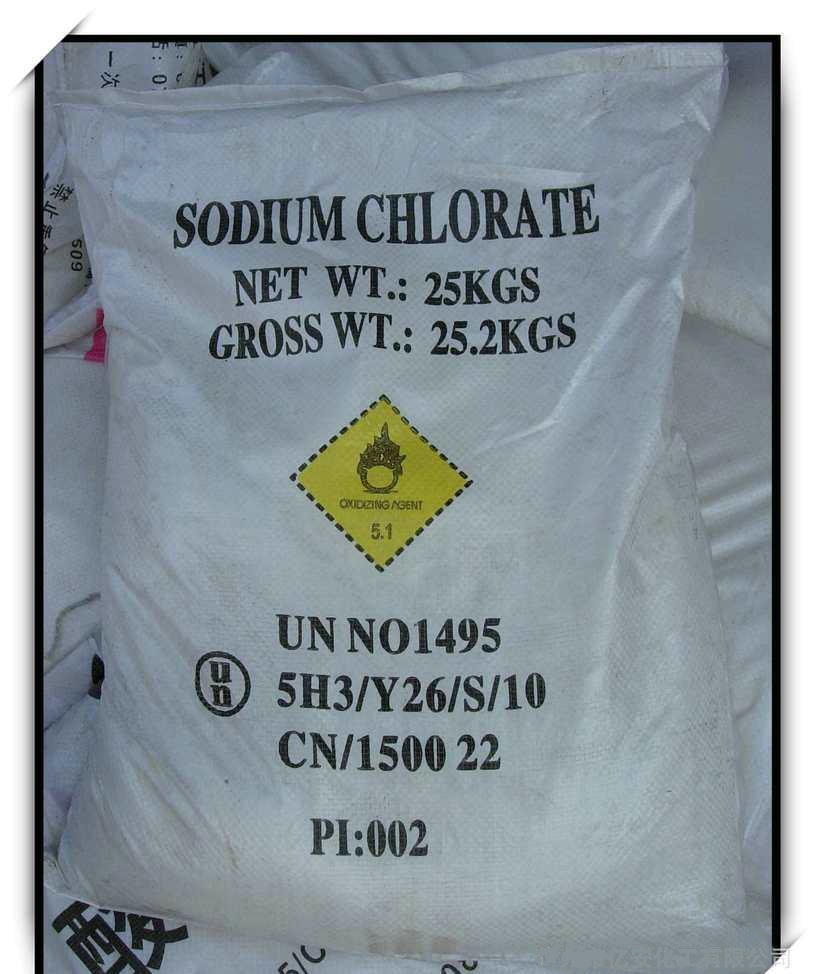 Physical properties of Sodium Chlorate
The physical properties of sodium chlorate are quite similar to other inorganic salts. Some of them are listed below.
-It is an odorless compound.
-its color differs from light yellow to white crystalline solid.
-it is very soluble in water and heavier than water. Hence, it can sink and break up at a fast rate.
-While it is not an explosive by itself, yet it can cause powerful combustion on coming in contact with water. It causes a highly exothermic reaction. Even if 30% of molecules are in the water, they can cause a powerful oxidizing reaction due to their inherent properties.
-its density is 2.49 g/cm.
-Sodium chlorate's boiling point is 300 degrees C and the melting point is 248 degrees C.
-it is also soluble in some organic solvents like glycerol and methanol. It is also slightly soluble in acetone.
-It has a cubic crystal structure 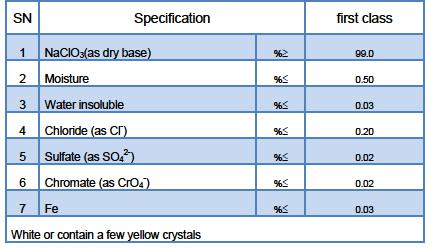 Notes
1) all the technical data indicated above are for your reference.
2) alternative specification is welcome for further discussion.