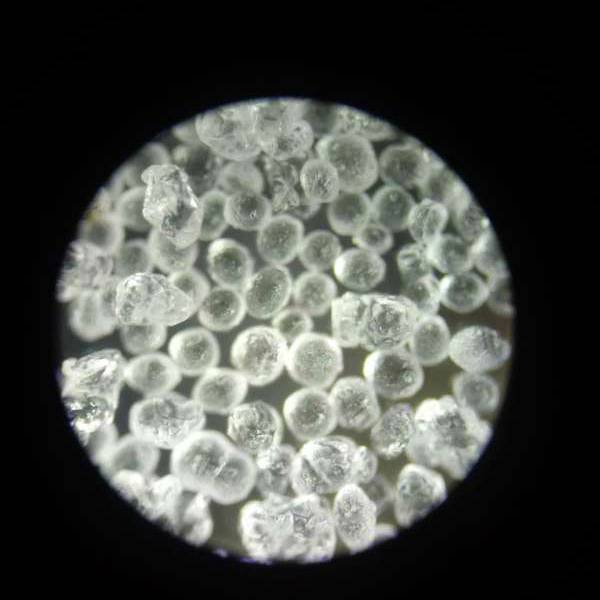 Ammonium perchlorate is an inorganic compound with the formula NH₄ClO₄. It is a colorless or white solid that is soluble in water. It is a powerful oxidizer. Combined with a fuel, it can be used as a rocket propellant.

Uses: mainly used in rocket fuel and smokeless explosives, besides, it is widely used in explosives, photographic agent, and analytical reagent. 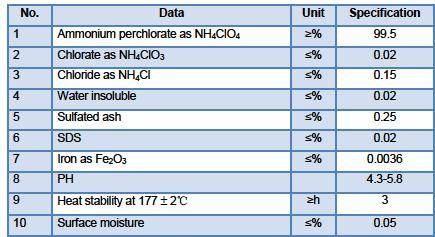 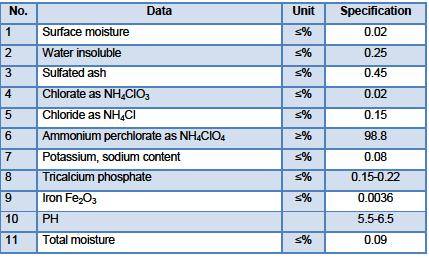 Precautions
Keep away from heat. Keep away from sources of ignition. Keep away from combustible material. Empty containers pose a fire risk, evaporate the residue under a fume hood. Ground all equipment containing material.
Do not breathe dust. Take precautionary measures against electrostatic discharges. Wear suitable protective clothing. In case of insufficient ventilation, wear suitable respiratory equipment. If you feel unwell, seek medical attention and show the label when possible. Avoid contact with skin and eyes. Keep away from incompatibles such as reducing agents, combustible materials, organic materials, acids.