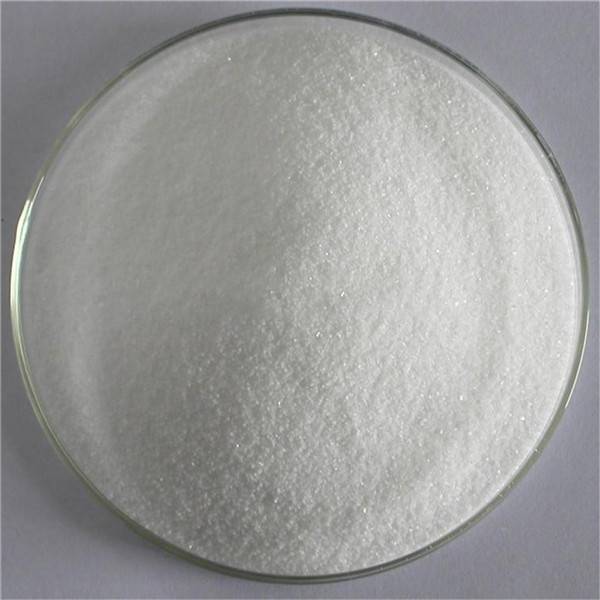 Sodium perchlorate is the inorganic compound with the chemical formula NaClO₄. It is a white crystalline, hygroscopic solid that is highly soluble in water and in alcohol. It is usually encountered as the monohydrate.

Sodium perchlorate is a powerful oxidizer, though it’s not as useful in pyrotechnics as the potassium salt due to its hygroscopicity. It will react with a strong mineral acid, such as sulfuric acid, to form perchloric acid.
Uses: mainly used in manufacturing other perchlorate through double-decomposition process. 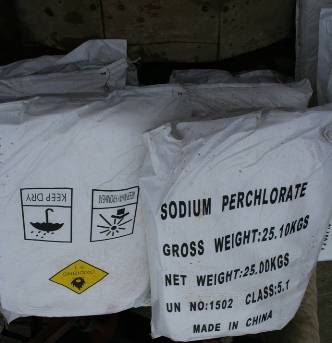 Safety
Sodium perchlorate is a powerful oxidizer. It should be kept away from organic substances and strong reducing agents. Unlike chlorates, perchlorate mixtures with sulfur are relatively stable.
It is moderately toxic, as in large amounts it interferes with iodine uptake into the thyroid gland.

Disposal
Sodium perchlorate should not be poured down the drain or dumped into environment. It must be neutralized with a reducing agent to NaCl first.
Sodium perchlorate can be destroyed with metallic iron under UV light, in the absence of air.